“History of Logic and its Modern Interpretation”

CfP of the Proceedings: 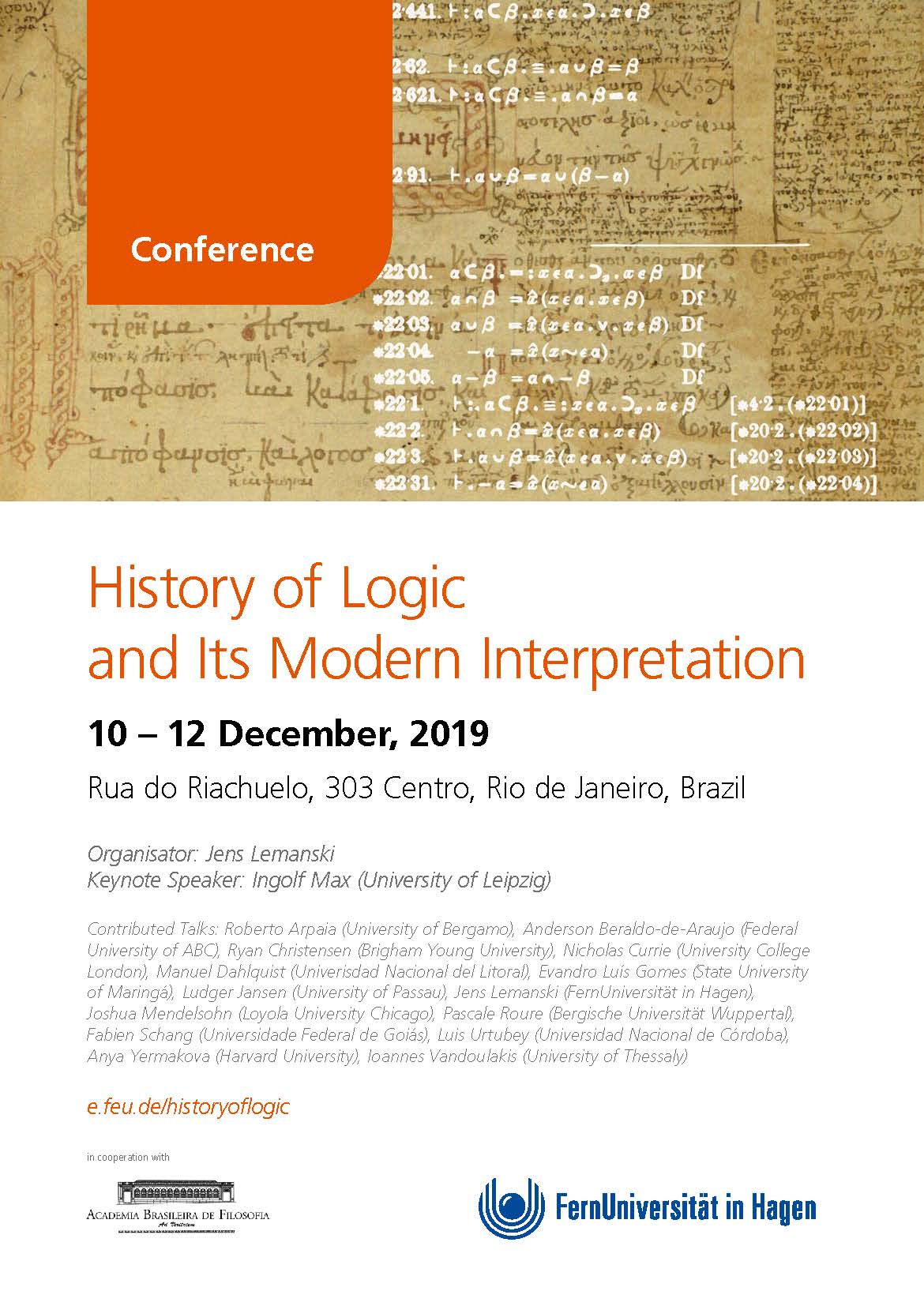 With the innovations within the logic of the 20th century, the history of logic was long regarded as an outdated discipline that could no longer contribute to current developments and ideas. The gap between traditional syllogistics and the mathematical or philosophical logic of the 20th century appeared too great. Some authors simply divided the history of their discipline into two areas: the old and the new logic.

In recent decades, however, researchers have often shown that there are old logics with enormous potential: numerous modern systems in the field of visual reasoning are based on the Aristotelian square of opposition, on the arbor porphyriana or on Euler’s logic diagrams. In Arabic and islamic logic the consequence relations show alternatives to modern approaches. Today, Indian logic is often associated with paraconsistency and dialetheism and in the field of natural language processing, medieval logicians are increasingly used to circumvent the artificiality of algebraic logic. In modal logic, Aristotelian and scholastic logics are again increasingly discussed. And in early modern period new propositional calculi and extended syllogistics are discovered frequently, which pose challenges to interpretation.